More than 6,500 migrant workers have died in Qatar as it gears up for World Cup - Goldcross Training Services 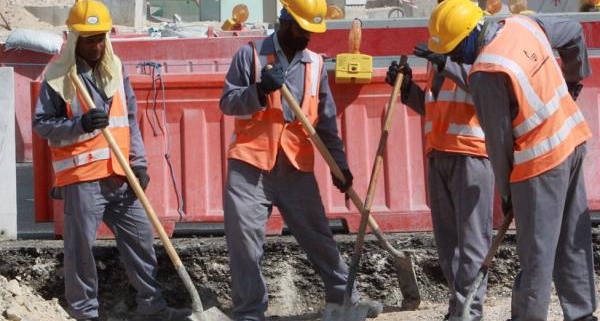 An article in the Guardian indicates that the 6500 figure is likely to be an underestimate, as preparations for 2022 world cup tournament continue.

More than 6,500 migrant workers from India, Pakistan, Nepal, Bangladesh and Sri Lanka have died in Qatar since it won the right to host the World Cup 10 years ago, the Guardian can reveal.

The findings, compiled from government sources, mean an average of 12 migrant workers from these five south Asian nations have died each week since the night in December 2010 when the streets of Doha were filled with ecstatic crowds celebrating Qatar’s victory.

Data from India, Bangladesh, Nepal and Sri Lanka revealed there were 5,927 deaths of migrant workers in the period 2011–2020. Separately, data from Pakistan’s embassy in Qatar reported a further 824 deaths of Pakistani workers, between 2010 and 2020.

The total death toll is significantly higher, as these figures do not include deaths from a number of countries which send large numbers of workers to Qatar, including the Philippines and Kenya. Deaths that occurred in the final months of 2020 are also not included.

In the past 10 years, Qatar has embarked on an unprecedented building programme, largely in preparation for the football tournament in 2022. In addition to seven new stadiums, dozens of major projects have been completed or are under way, including a new airport, roads, public transport systems, hotels and a new city, which will host the World Cup final.

While death records are not categorised by occupation or place of work, it is likely many workers who have died were employed on these World Cup infrastructure projects, says Nick McGeehan, a director at FairSquare Projects, an advocacy group specialising in labour rights in the Gulf. “A very significant proportion of the migrant workers who have died since 2011 were only in the country because Qatar won the right to host the World Cup,” he said.

As reported in the Guardian.